Propane Safety
What can we do for you?
Fill out my online form.

Curious about propane? Here are answers to some frequently asked questions, from how to read your propane gauge to hiring a propane repair technician, and more!

⇓ What should I do if I suspect a gas leak?

Turn off the gas supply at the propane tank if possible, and contact KB Johnson immediately.

⇓ Can I save money by switching to a propane gas water heater?

Yes. Although a propane gas water heater generally costs more up-front than an electric water heater, it heats water quicker, and for less money, paying for itself in the long-term. KB Johnson offers propane tankless water heaters and other appliances as well!

⇓ Does my propane heater need to be vented?

Yes. Unless it is specifically designed as a vent-free appliance, it must be vented.

⇓ How often should I have my fireplace serviced?

Most manufacturers recommend having your propane gas fireplace serviced and cleaned every year. KB Johnson offers this service. Contact us today and we’ll be happy to help with any propane appliance for your home!

⇓ At what temperature should I keep my propane water heater?

Turn down your water heater from the standard 140 degrees to 130 degrees. You could save more than 10 percent on your water-heating bill.

⇓ Is propane a convenient fuel?

Yes. Propane can easily be compressed into a liquid for convenient transportation and storage. When at the point of use the flammable vapors “boil” off in the tank and are distributed to appliances via the gas piping system.

⇓ Is Propane an environmentally safe fuel?

Propane is an approved alternative fuel in both the Clean Air Act of 1990 and the National Energy Policy Act of 1992. It is nontoxic and insoluble in water. Because it is used as a gas, it does not spill, pool or leave a residue. It’s a safe fuel to store underground, as it will not contaminate groundwater, even in the unlikely event of a leak.

And its carbon footprint, a measure of its impact on the environment, is much less than other fuels. A gallon of propane burned produces about half the carbon dioxide (CO2) as a gallon of fuel oil. Compared per BTU of fuel, propane releases less CO2 than ethanol, gasoline, bio-diesel, kerosene, or coal.

⇓ Should I turn off the pilot light on my propane gas fireplace during the summer?

Although leaving the pilot on during the summer will use several gallons of propane each month, it does help to keep dust and insects out of the fireplace, as well as keeping metal parts dry and rust free, which can result in helping to prevent costly repairs.

⇓ Can I bury a propane tank on my property?

Yes. We offer 250, 500, and 1,000-gallon underground propane tanks. Burying a tank is a convenient way to store propane on your property, and because propane is a non-pollutant, there is no risk of soil contamination.

⇓ What do I need to do to maintain my tank?

K.B. Johnson Oil & Gas is proud to keep your tank and propane system in working order. For your safety and to provide ready access to your tank, we ask that you keep grass and brush from growing up around your tank, and that you refrain from using the area immediately around your tank for storage. We also ask that you ensure excess water does not run into your tank (by your gutters and/or pets) in order to prevent rusting.

Yes. KB Johnson provides round-the-clock service for heating emergencies, propane deliveries, and propane gas leaks. Emergency service is available for current customers. Looking to become a customer? Get in contact with us today!

⇓ In what areas does KB Johnson offer delivery and service?

⇓ How do I read my tank gauge?

Whether your heating oil tank is aboveground outdoors, or in your basement, you can look on top of the tank for the round dial on it that looks like a speedometer. The numbers on the dial indicate the percentage of how full your propane tank is. If the needle is on 60, your propane tank is 60 percent full. If you use Will-Call delivery, we recommend you don’t let your tank level ever fall below 30 percent before contacting us to schedule a delivery. Trying to calculate how much fuel you have left? We can help! Use our calculator here to crunch the numbers!

Besides the information below, we also have videos in our safety section. If you can not find the answer to your propane questions please contact us and let us help. 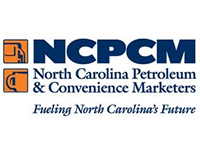 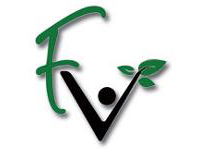 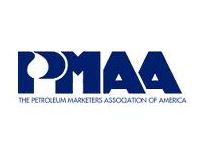 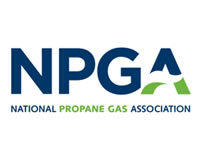 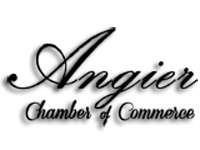 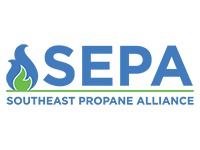